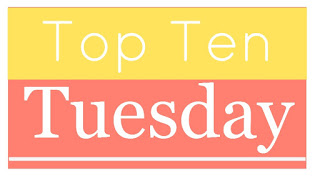 1. The scent. I love the scent of a new book – or a very old one.  There’s nothing else quite like it and even I, with my poor sense of smell, can inhale near a new or very old book and enjoy the scent of ‘book’.

2. The heft/weight. The physicality of holding an actual facts book in my hands, in other words.  As a speculative fiction fan, I read a lot of big, thick, heavy books.  I wouldn’t want to trade the weight of them in my hands for an easier-to-stow e-reader because part of my enjoyment from a book comes from seeing my bookmark move slowly from one cover to the other.  Also, being able to flip around in a physical book, or feel the weight in my purse or hands – it’s not something I could give up.

3. Getting lost in a new world. Whether it’s set in modern day, a historical setting, the future, or some other world, I love getting to learn about and imagine a whole new setting.

4. Discussing books.  I don’t care if you loved the book, hated it, or only found it so-so.  I want to talk about it with you.  What worked, what didn’t, what you thought of this plot twist or that character arc, if you thought the theme was too heavy-handed, what squares on your Trope Bingo Card did it fill out – anything and everything.  I love discussing books.

5. Comparing different books/characters/plots.  I don’t want to just discuss a book in a vacuum, after all.  I mean, yes, that’s fine and I like doing that, too, but didn’t you think this character was like that one, don’t you like how this book built off the foundations of that one (so common in sci-fi/fantasy), did you catch that reference.  I do this most often with my sister but I’m happy to talk about it with anyone.

6. Series with lots of character growth.  Don’t you just love when a character grows – either in maturity or complexity?  It’s easiest to do in longer-running series, I know (Honorverse, I’m looking at you and your multitude of side characters), but you can do it even in a single entry to a series (Safiya of Truthwitch is the most recent example I can think of).  I love watching characters grow up and change over time because stagnant things are boring – characters, plots, and worlds all most definitely included.

7. Series in the same world but with different characters.  I like the self-referential jokes but also the way it makes a world open to more people.  Not every book is for every person, not even every book by the same author or in the same setting.  But books that dip in and out of a timeline where references are fun to catch but not required to know delight me because they open up a book-verse to more people.  And that’s a great thing – you don’t have to like everything in a particular canon to be a fan of the work.

8. Introducing people to your favorites.  Especially if they then end up liking or even loving them.

9. Interacting with authors.  Getting to ask them questions, watching them get excited over the world(s) they’ve created, seeing them interact with fans.  I love it all because it can be such a fun, open environment.

10.  Covers and Titles.  So I just lumped these two together because I ran out of space… ^^;  But pretty covers that are accurate for the book are my life.  I like looking for the title being dropped in the book or at least being important – figuring out how it relates to the story is a lot of fun, especially if it’s not obvious at first.

What are some of the things you love best about books or being a Bookwyrm?