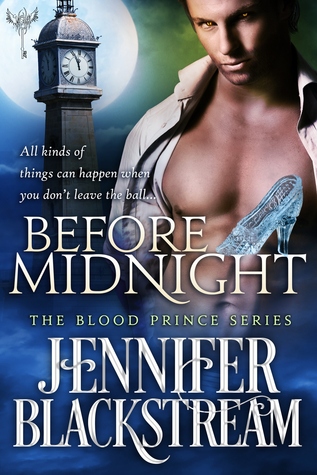 Jennifer Blackstream’s Blood Prince Series is a five-book arc that retells fairy tales using werewolves, vampires, sirens, demons, and so many more ‘monsters’.  Each book follows a different couple, with alternating Third-Person chapters, although all of the men, at least, make at least cameos in the other books.  The first novel, Before Midnight, deals primarily with the tale of Cinderella, although with bonus werewolves (two varieties), berserkers, and more.  Each succeeding book builds on the previous because the five main male characters are all attempting to awaken the World Tree, in order to *redacted for spoilers*, and thus are forced to cooperate with each other despite some fairly serious personality conflicts.

And those personality conflicts are my first issue.  Not because of the conflict – I liked watching them try to manipulate each other, actually fight each other (verbally and 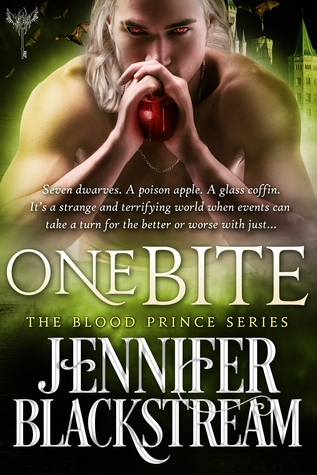 physically), and struggle to work together.  No, the problem is that when you show too much of a negative, it becomes hard to find sympathy for a person, even when you’re seeing them through different eyes, and seeing personality traits go *poof* is a bit hard to believe.  Especially in books clocking in at about 160 pages each.

I did appreciate that each character was different, however.  I didn’t have trouble remembering which man and which woman I was looking at, and not just because of the various species involved.  There were definitely similarities (hello, insta-love/lust), but there were also enough differences to keep them apart.  That said, some characters behaved in ways that I found inconsistent within their own books, to say nothing of how they act in their book vs how they act/are perceived in someone else’s novel(la). 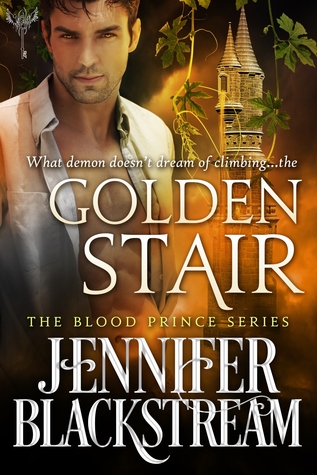 I also really enjoyed the twists and turns on the fairy tales.  Oh, sure, there’s a lot to predict ahead of time, especially if you’re familiar with multiple versions of the tales.  But some of those twists and turns still surprised me.  And I did really enjoy the underlying Greek mythology tying everything all back together.

Having said that, however, I thought it was a mistake of sorts to have that be the unifying force.  For one because it undercut the differences Blackstream built into the five (technically six) different kingdoms – French-based, Russian-based, kind-of a Greek-German-Celtic mix (and yes I know how weird that sounds), Spanish-based, and Aztec-meets-a-certain-Greek-myth-plus-a-dash-of-North-America-Native-American-based.  Making them all have underlying Greek myths built into them kind of ruined the otherwise diverse world-building.  And for two 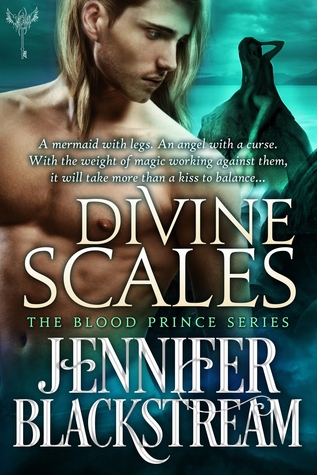 because it raises A LOT of questions about the main character of book five and how exactly his pantheon fits into the Greek pantheon, is one pantheon subservient or less powerful, etc.  None of those questions even get winked at.

Oh, and let’s not forget that the World Tree is from Nordic mythology.  Yes, there is mention of what is clearly meant to be a Nordic-based kingdom (called, appropriately, Midguard, and yes that spelling is correct), but no one has a Nordic name and there are no other Nordic references.  The people whom we know come from Midguard in book one actually have French names, for that matter.

On top of the lack of consistency, there is one more, very unfortunate, problem.  And that problem is not Blackstream’s fault, but it needs to be mentioned.  The copy editor of this series made a lot of mistakes.  The most 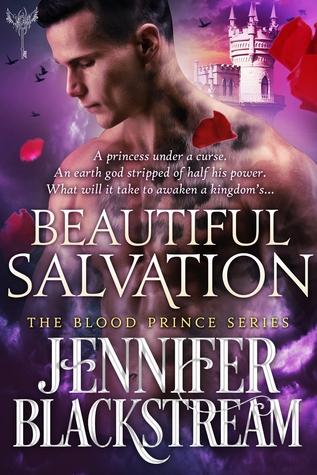 egregious is copying the epilogue from book two and using it for the epilogue for book three, which means it makes absolutely no sense since each epilogue sets up the next book.  There are grammatical issues in every book, and at least one scene where the wrong male character’s name is used repeatedly (thankfully not replacing the name of the main male character of the book, but still).  I realize that Blackstream is not the editor or the copy editor since she did not self-publish, but the amount of errors and the fact that they are present across all five books is incredibly problematic for me.

If you like paranormal romance but don’t want a lot of sex scenes (there is exactly one fairly tame one per book), and you’re willing to overlook the above-mentioned errors, this is a very quick series with some very enjoyable aspects.  Unfortunately, too much about it didn’t work for me.