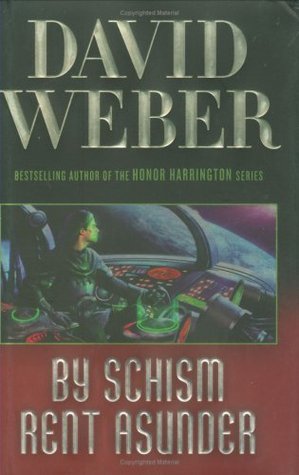 The first novel in this series was disappointing – I’m very happy to say that this novel was much better.  I still didn’t find it up to my usual expectations for a Weber novel, but it was easier to get into and definitely flowed a lot faster.  Perhaps that was due to it being about half the length of the prior novel, or perhaps there’s a different reason.

I think it helped that there was better diversity among the book’s narrators (rotating third person limited POV).  More women, for one, as well as giving those women multiple scenes.  But also a greater variety in the men between why they were doing what they were doing.  More and more of the antagonists were given greater nuance, although in some cases that still paints them in unflattering light.

The spelling of the names is still bothering me.  I’m getting better at remembering who’s who, but new names are still pulling me out as I go ‘now how would that be pronounced’.  But overall, it’s going smoother as I grow accustomed to the weird spellings and pronunciations.

The battles in this book were more streamlined, which also helped, although the industrial revolution details still tend to provide paragraphs that I’m skimming over.  Mostly because they’re not why I’m still reading the series.

As for the major twist revealed at probably about the 1/3 to halfway point… I’m of two minds about it.  On the one hand, it makes certain future issues easier in a very good way while still giving good reasons to not make such things easy in the present.  On the other hand, it does in some ways feel a bit like a cop-out in regards to some of Merlin’s issues.  However, there was some light foreshadowing for it in the first novel (which I took to be foreshadowing something else entirely, so good job Weber!), so it’s not as if it came completely out of nowhere.  And the explanations surrounding the twist make sense.

A much better second installment, this one rates a solid 3 out of 5 stars.