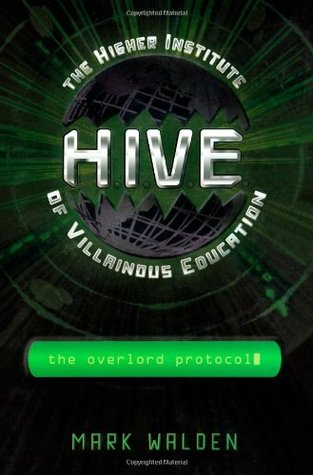 All right, we got some more character development in this novel, which is what I wanted, but it remains primarily action-oriented without much character growth.  Which is a little odd given that these are 13/14-year-olds (for the most part) – they’re at the point in their lives where they should be changing the most.  But we did get to see more of Shelby and Laura and a little more of Franz and Nigel, and a lot more of Raven and Nero.

Speaking of, Raven confuses me.  She’s supposed to be some kind of awesome assassin but she spends most of the novel getting her butt kicked.  It wasn’t very impressive, and made me think of The Worf Effect.  Also, her personality doesn’t feel quite ‘right’ still.  Almost like Walden’s still trying to figure her out.  That could just be me, though, since I’m probably expecting certain personality traits for her considering her character archetype – and I’m okay if those don’t show up.  But she feels disjointed.

Since there’s a time skip of I think about six months to one year between book one and this book, there’s been some developments that we’re more told about than shown – namely, the banter between Shelby and Wing.  Wing not participating in it is a sign of how his father’s death is disturbing him, but we never saw their banter in book one.  So it feels like more of an informed trait than anything.

The action parts remained exciting, of course, and I’m really enjoying Nero in particular.  In fact, I think I’d almost prefer it if the series was about him instead of Otto.  Whoops.

One of my main complaints about the writing itself is that Walden can’t pick a focus character.  Many of the scenes will start third-person-focus-character-A only to switch to character B mid-scene – or, worse, mid-paragraph.  It makes it hard to keep track of who’s thinking what or knows what, who we’re supposed to be following, etc.  I don’t mind scene breaks jumping from one character to another, but mid-scene is disorienting.  Even with a new paragraph.

Still think I might be a bit old for the target audience, but I’m still enjoying it.