I’m trying out new formats for reviews until I find one I like, so please bear with my construction.  Thank you!

Into the Drowning Deep by Mira Grant

END_OF_DOCUMENT_TOKEN_TO_BE_REPLACED 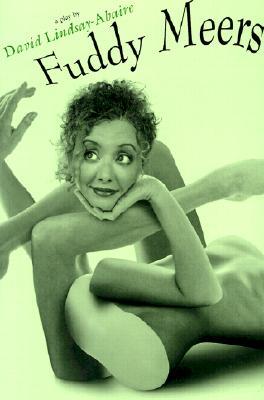 END_OF_DOCUMENT_TOKEN_TO_BE_REPLACED

Yes, yes, I know: this is a book blog.  But every so often, books and theater overlap.  Namely when a script becomes a stage production.

Now, I read a lot of scripts for my theatrical work and a lot of them I don’t feel comfortable reviewing for a lot of reasons (listed over at my book review for Fuddy Meers).  But I had nothing to do with this stage production and I was able to get my hands on a script.  So, I’ve decided to do a review of the production I saw, quite as if I’m reviewing the movie form of a book.

This probably won’t happen too often as usually I only get to read a script if I’m also working on a show, and I don’t feel it’s fair to post a review of that.  But, again, I didn’t have anything to do with this production, so no guilt.

For those of you in southeast Michigan, you too can see this awesome production at Monster Box Theatre in Waterford (click the link for tickets and info).

Production review under the cut.

END_OF_DOCUMENT_TOKEN_TO_BE_REPLACED

The Library at Mount Char by Scott Hawkins
Synopsis from GoodReads:
A missing God.
A library with the secrets to the universe.
A woman too busy to notice her heart slipping away.

Carolyn’s not so different from the other people around her. She likes guacamole and cigarettes and steak. She knows how to use a phone. Clothes are a bit tricky, but everyone says nice things about her outfit with the Christmas sweater over the gold bicycle shorts.

After all, she was a normal American herself once.

That was a long time ago, of course. Before her parents died. Before she and the others were taken in by the man they called Father.

In the years since then, Carolyn hasn’t had a chance to get out much. Instead, she and her adopted siblings have been raised according to Father’s ancient customs. They’ve studied the books in his Library and learned some of the secrets of his power. And sometimes, they’ve wondered if their cruel tutor might secretly be God.

Now, Father is missing—perhaps even dead—and the Library that holds his secrets stands unguarded. And with it, control over all of creation.

As Carolyn gathers the tools she needs for the battle to come, fierce competitors for this prize align against her, all of them with powers that far exceed her own.

But Carolyn has accounted for this.

And Carolyn has a plan.

The only trouble is that in the war to make a new God, she’s forgotten to protect the things that make her human.